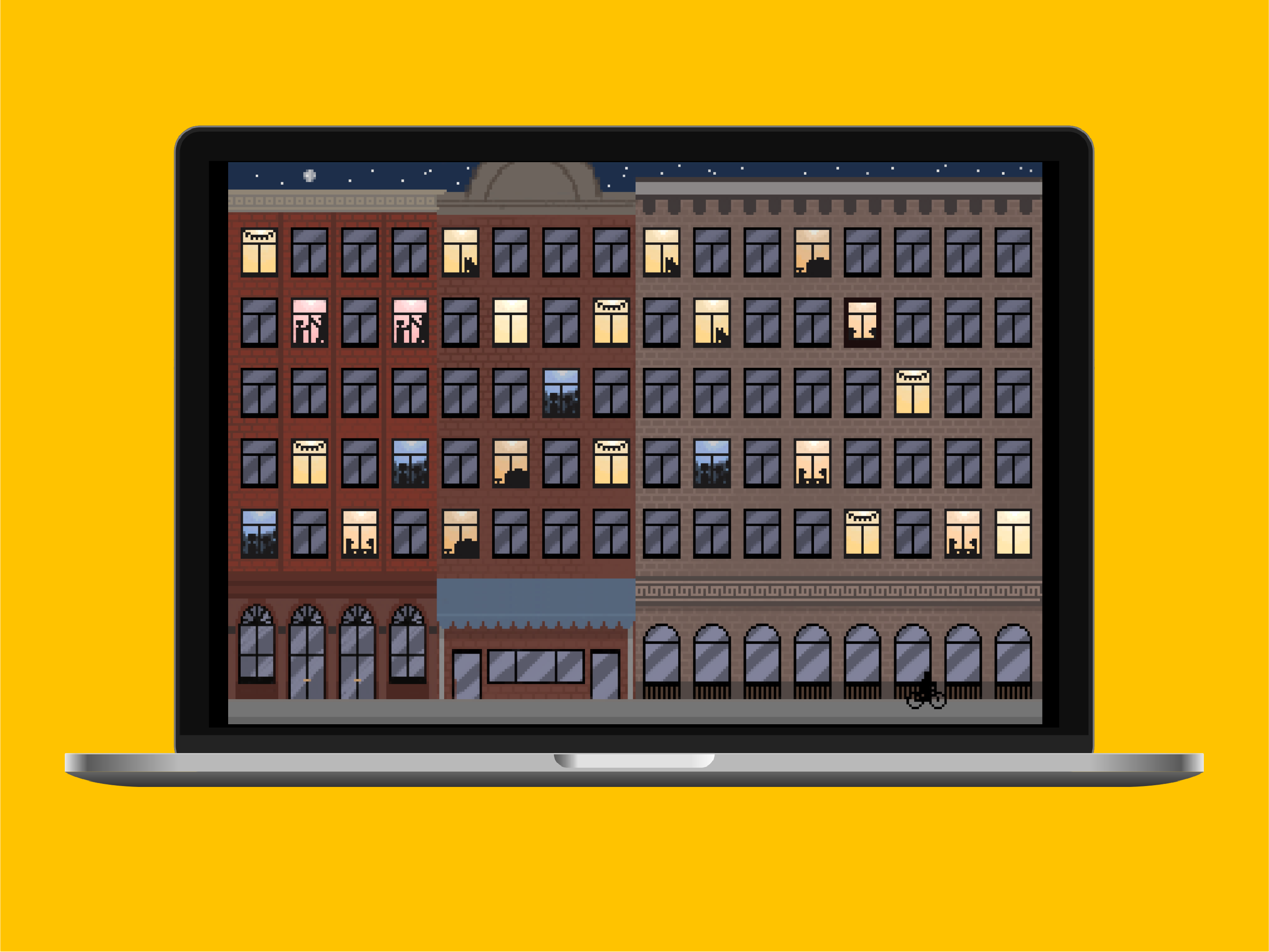 Inspired by the almost-conflicting senses of solitude and sonder of a city at night, the visualizer features a city block populated by tiny pixelated scenes of everyday life,  peacefully looping forever through whatever simple melody the user creates.

This project began with the prompt to create an interactive looping sound sequencer. 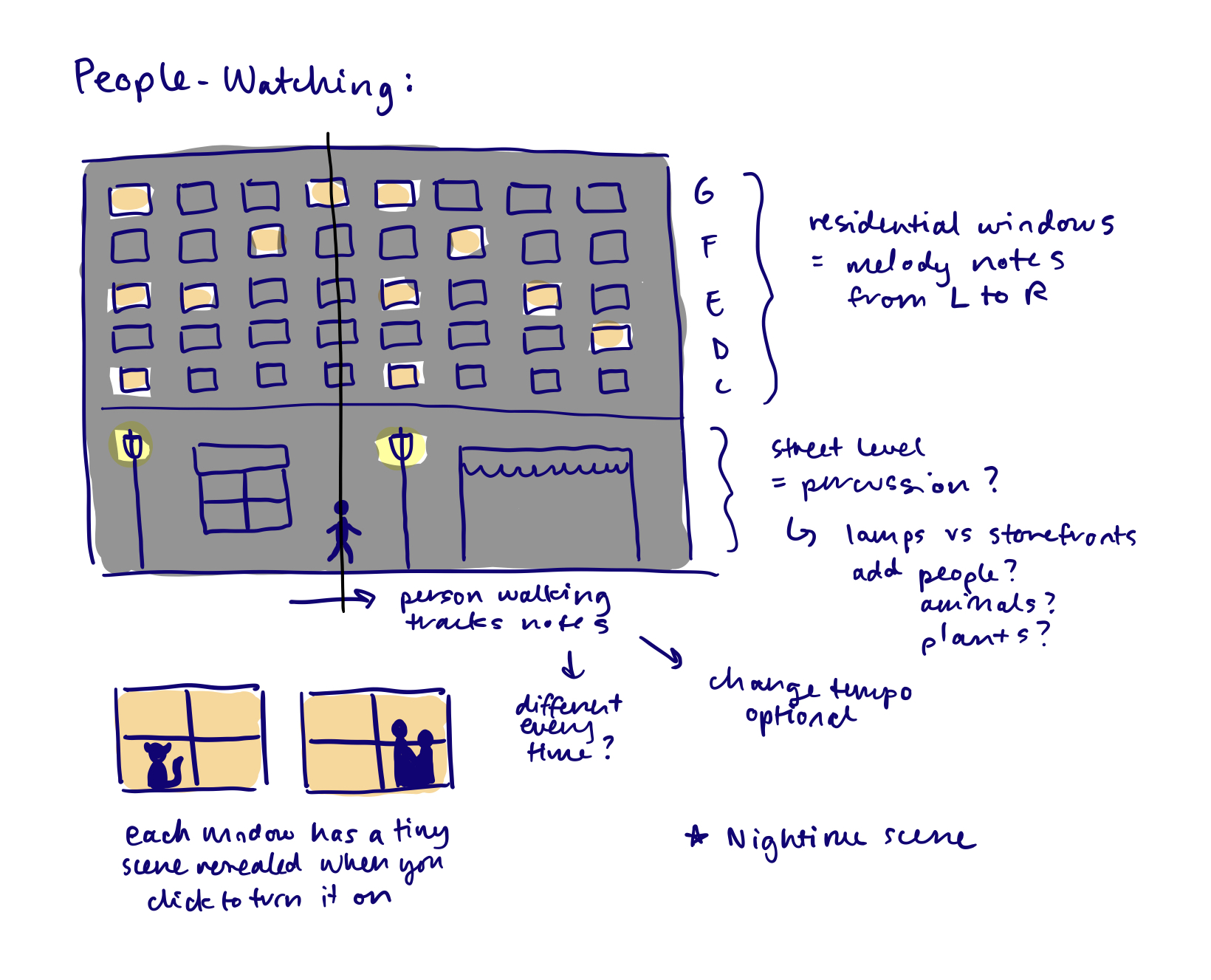 As part of my initial brainstorming, I came up with the idea of a city block with rows of windows representing the notes and a small person as the looping playhead.

I explored this idea through my first prototype, where I focused on the functionality: creating 5 rows of 8 windows that represented 5 notes. The user can navigate through windows using the arrow keys and toggle them on or off using the space bar, and the playhead loops forever through the 8 frames. 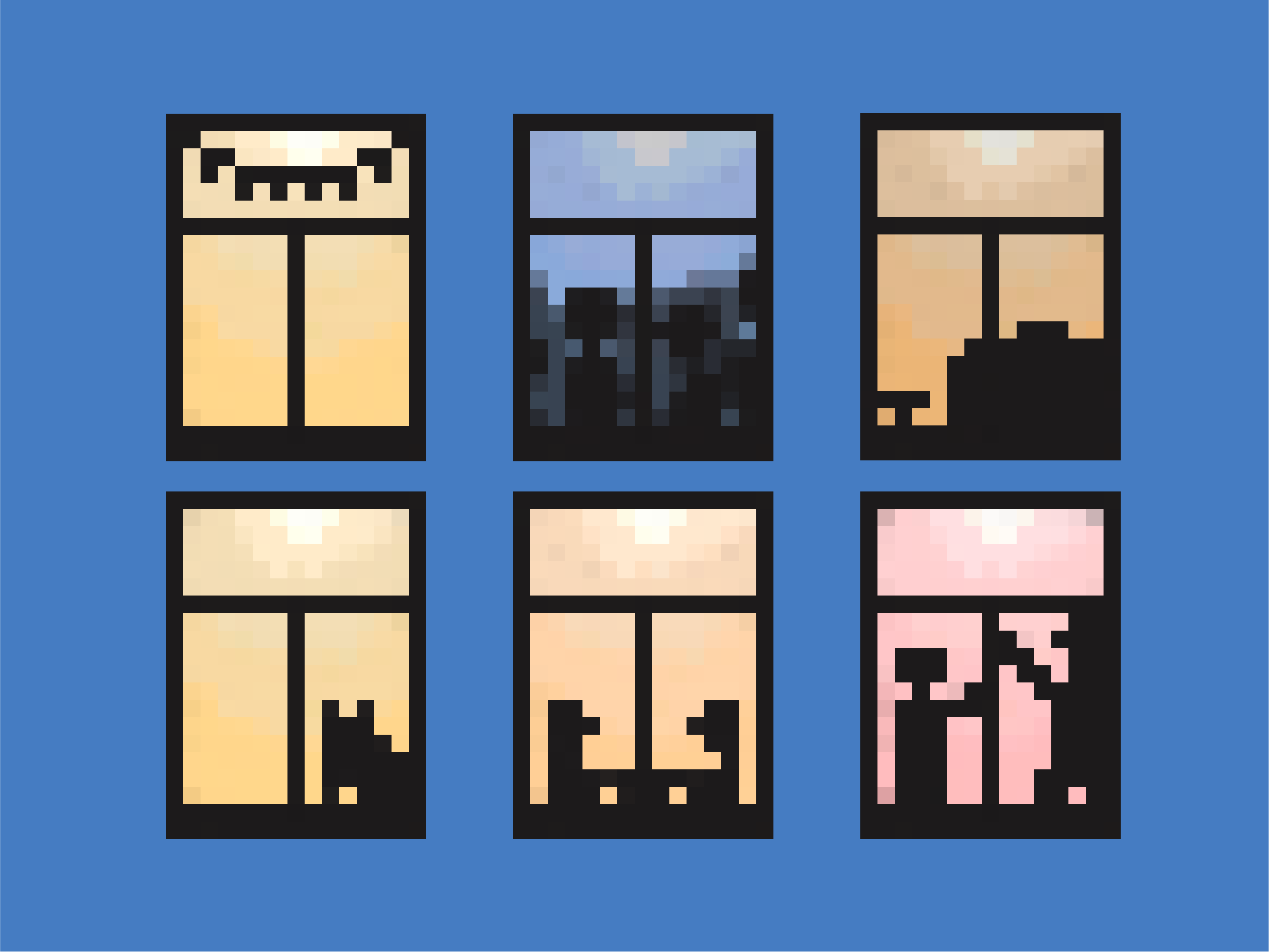 As I approached the final product, I created all the pixelated visuals by hand to evoke a nostalgic feeling.

In my final product, I combined my custom graphics with the functionality to bring the scene to life. I increased the number of frames from 8 to 16, allowing users to create longer looping sequences.

Users can toggle between two sound modes using the 'm' key: In one mode the 5 rows represent the 5 musical notes C-G, and in the other they represent 5 different percussive sounds to allow for more flexibility in use.
‍
‍