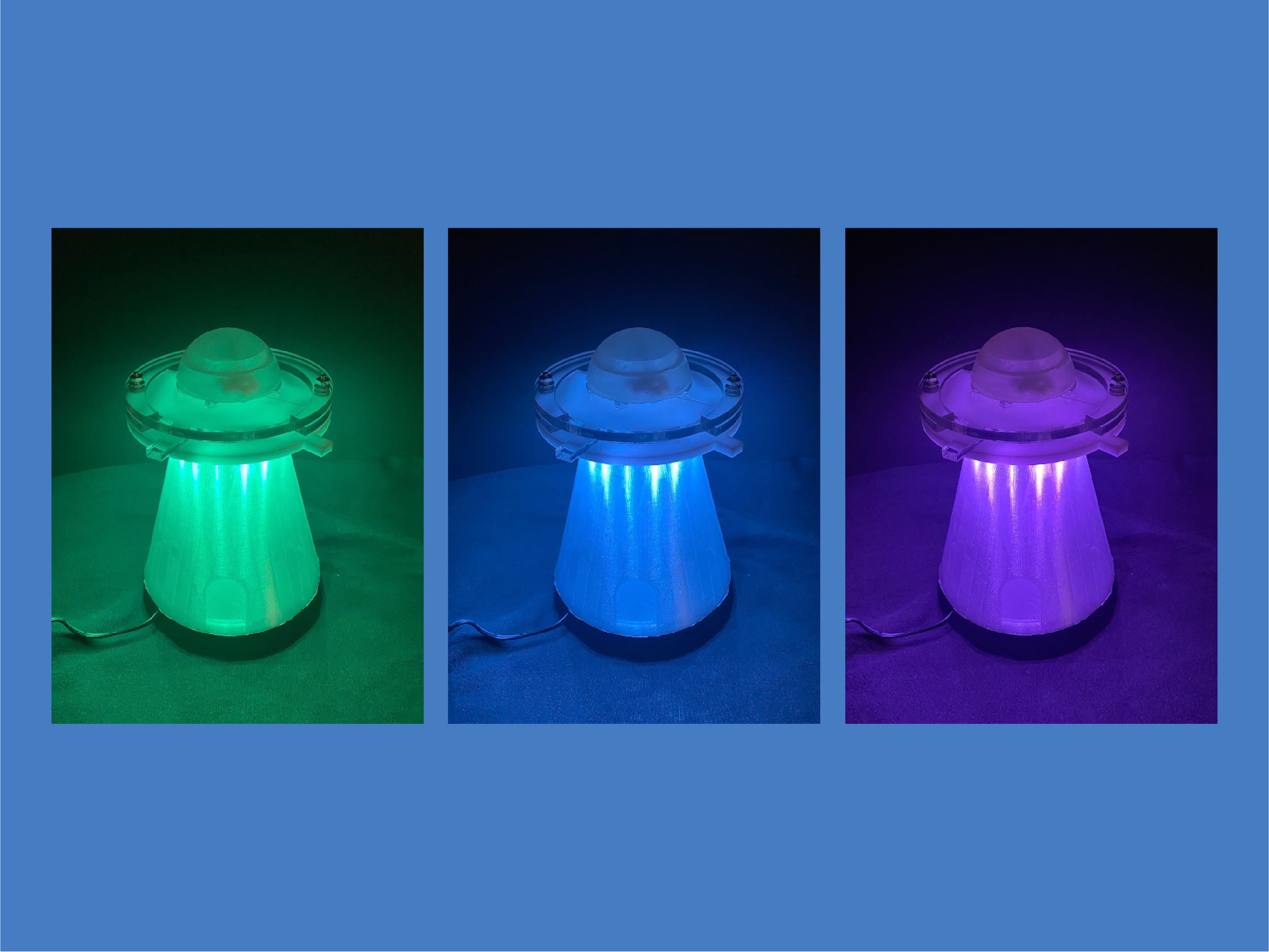 This project began with the prompt to create a candy dispenser that could load >20 candies and dispense them one at a time, using rotary motion for actuation and resetting after each dispense with a linearly loaded spring. Additionally, every actuation should be accomplishable with one hand and provide a smooth, aesthetically pleasing experience. 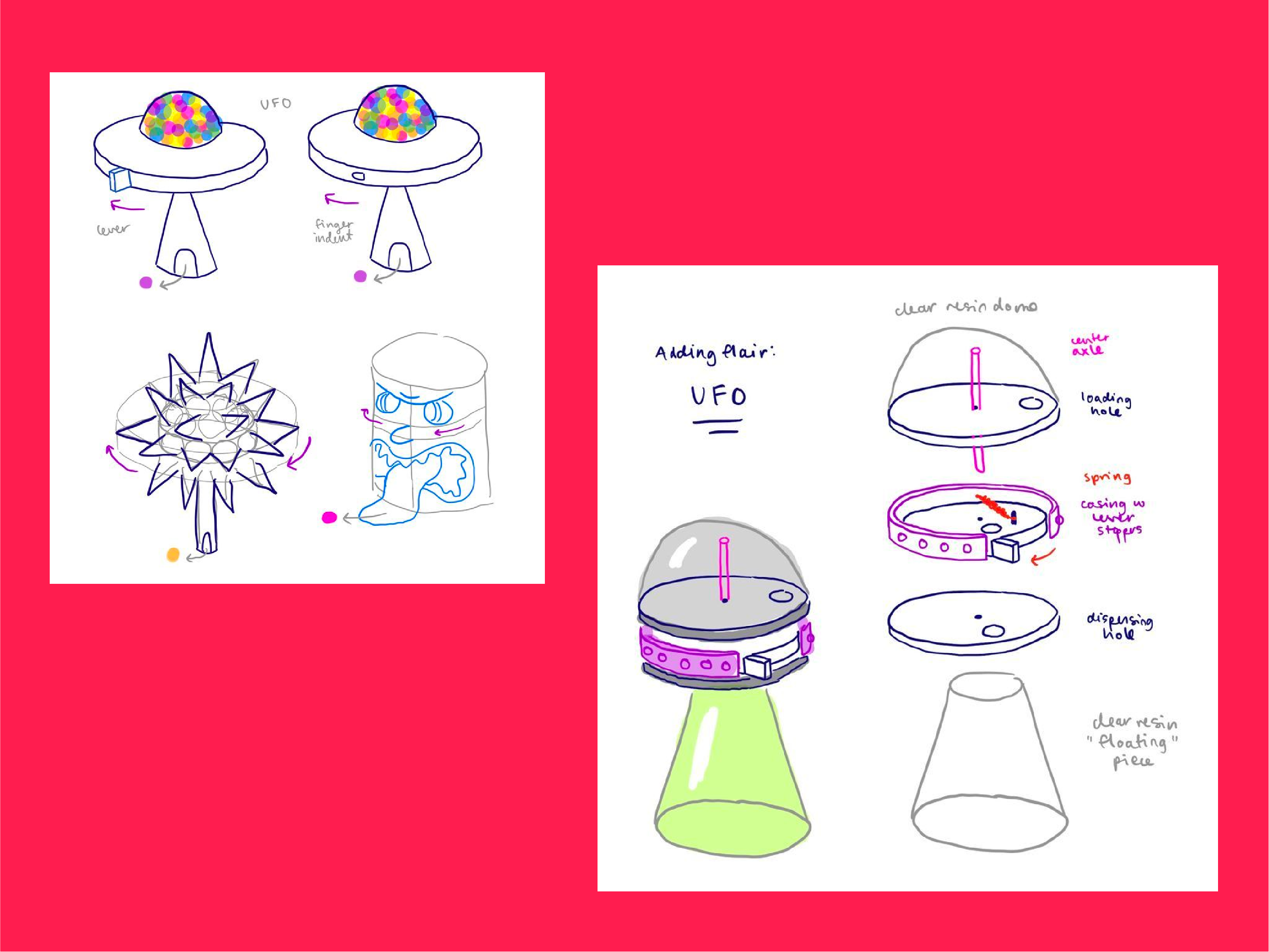 I decided to pursue a design made of three disks on top of each other, with one hole in each and a middle disk that could slide back and forth to transport candies from the top hole to the bottom, where they could be dispensed.

From my sketches, I began creating mechanical prototypes, first using foam then using laser-cut acrylic and mechanic stock components to test my mechanism. 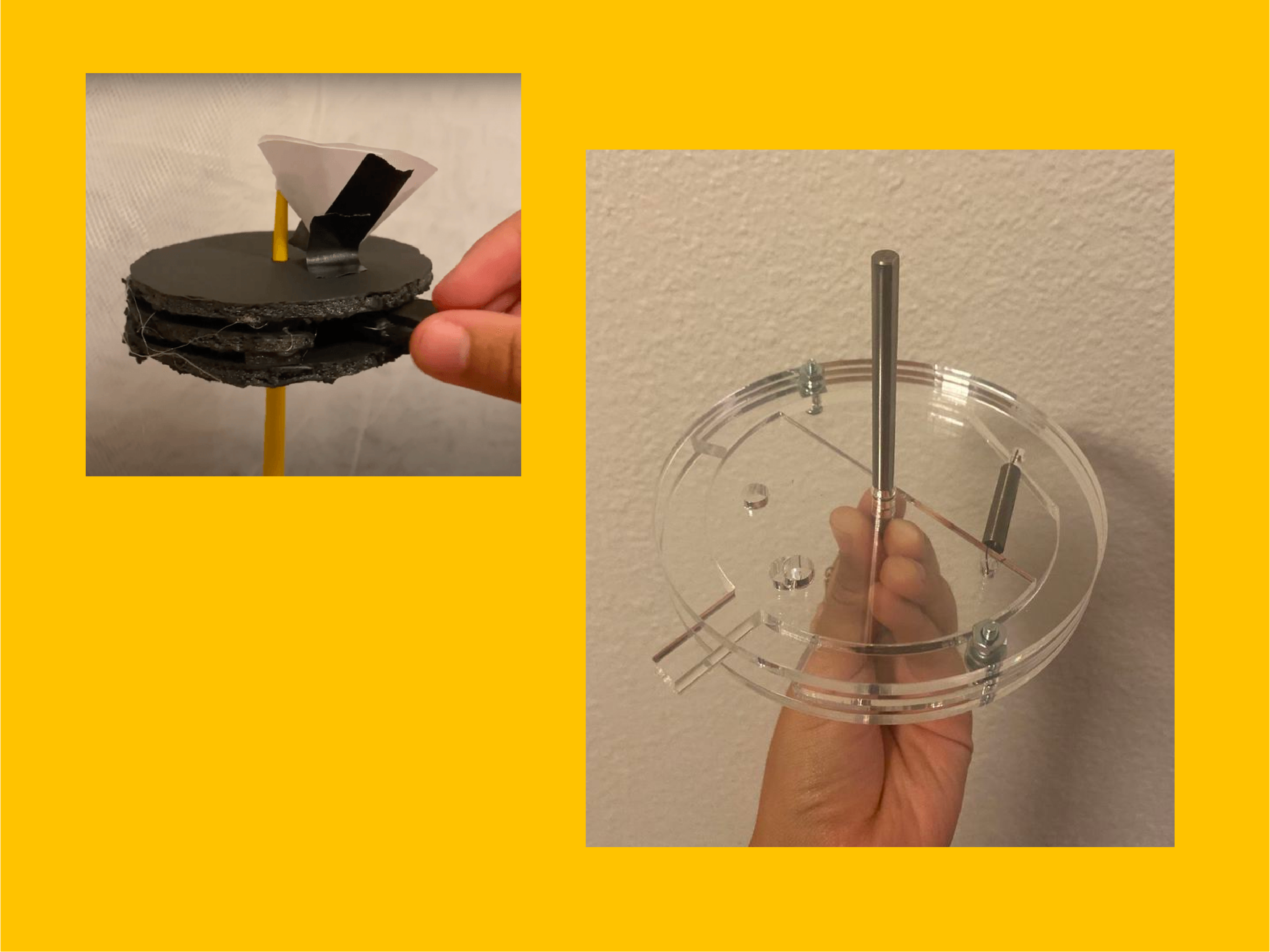 Here, I narrowed in on where I wanted to put the spring and discovered the importance of adding washers between the layers to prevent the middle disk from getting caught. 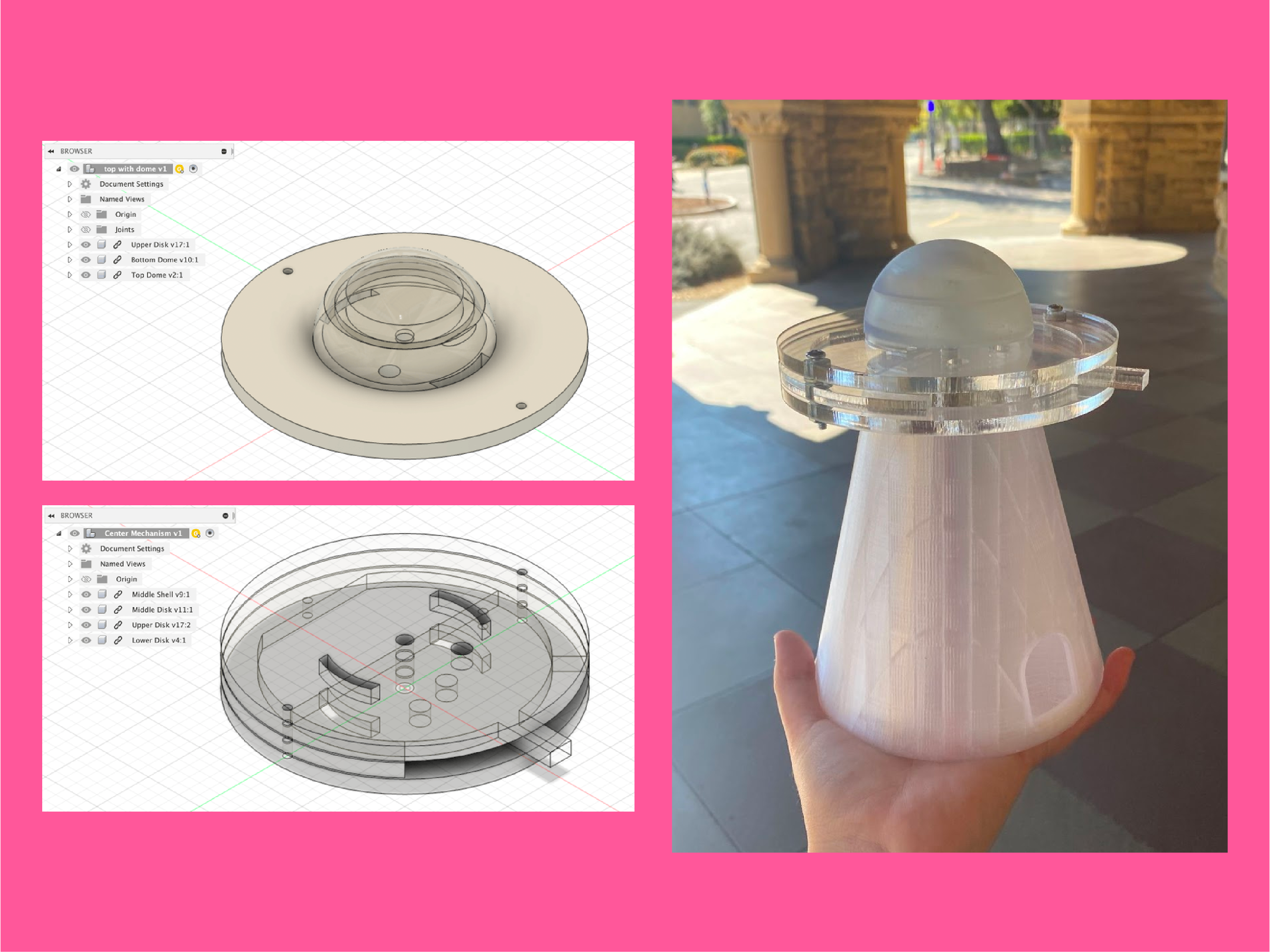 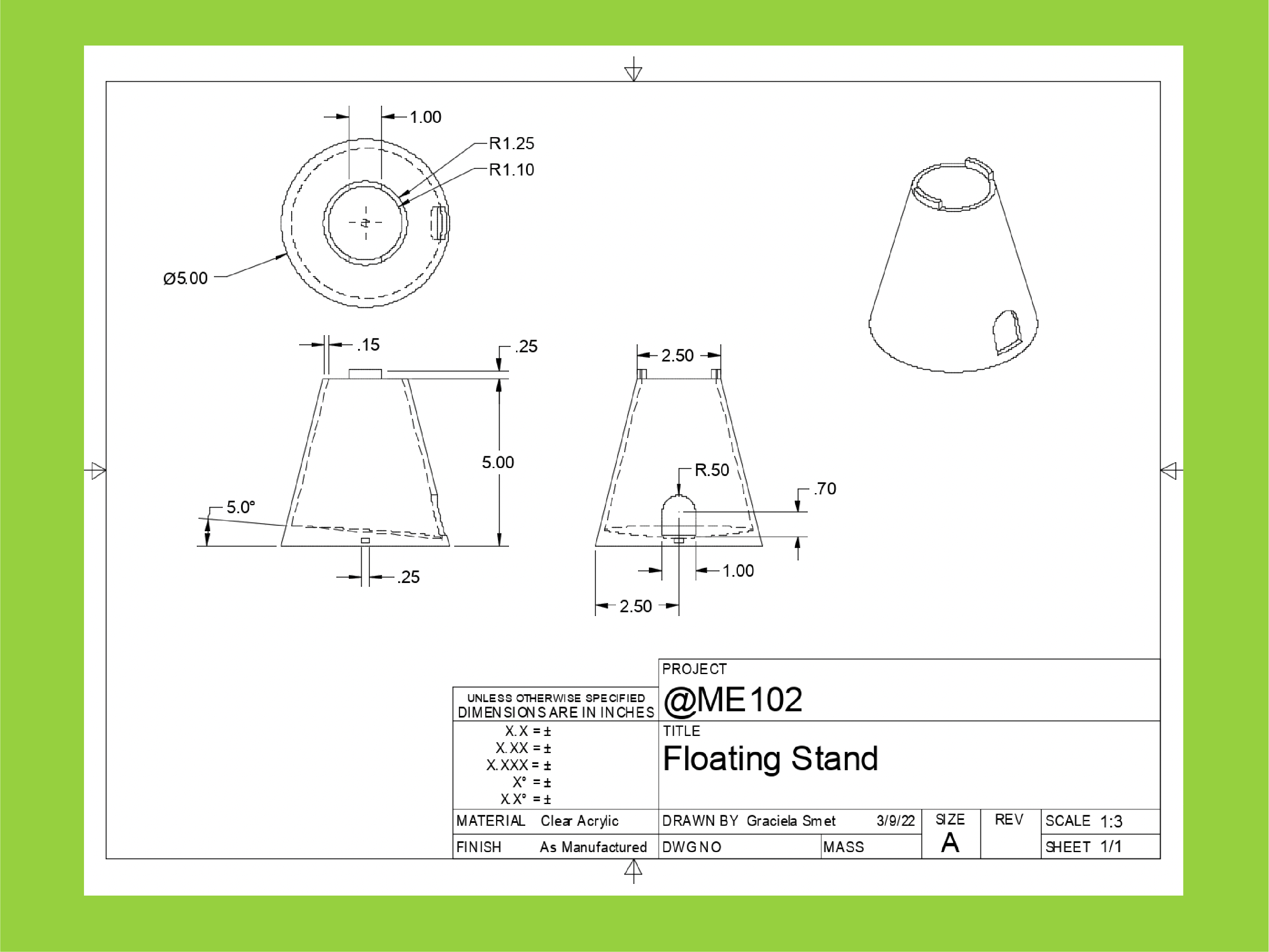 Importantly, both of these parts featured slight inclines at the bottom to ensure that candies were loaded and dispensed properly. Both parts also included extruded tabs that fit snugly into slots in the laser-cut center disks.

From this prototype, I learned that actuation required two hands as users had to hold the base still to move the tab. To fix this, I added a second tab to the bottom laser cut disk so that users could pinch the two together with one hand. 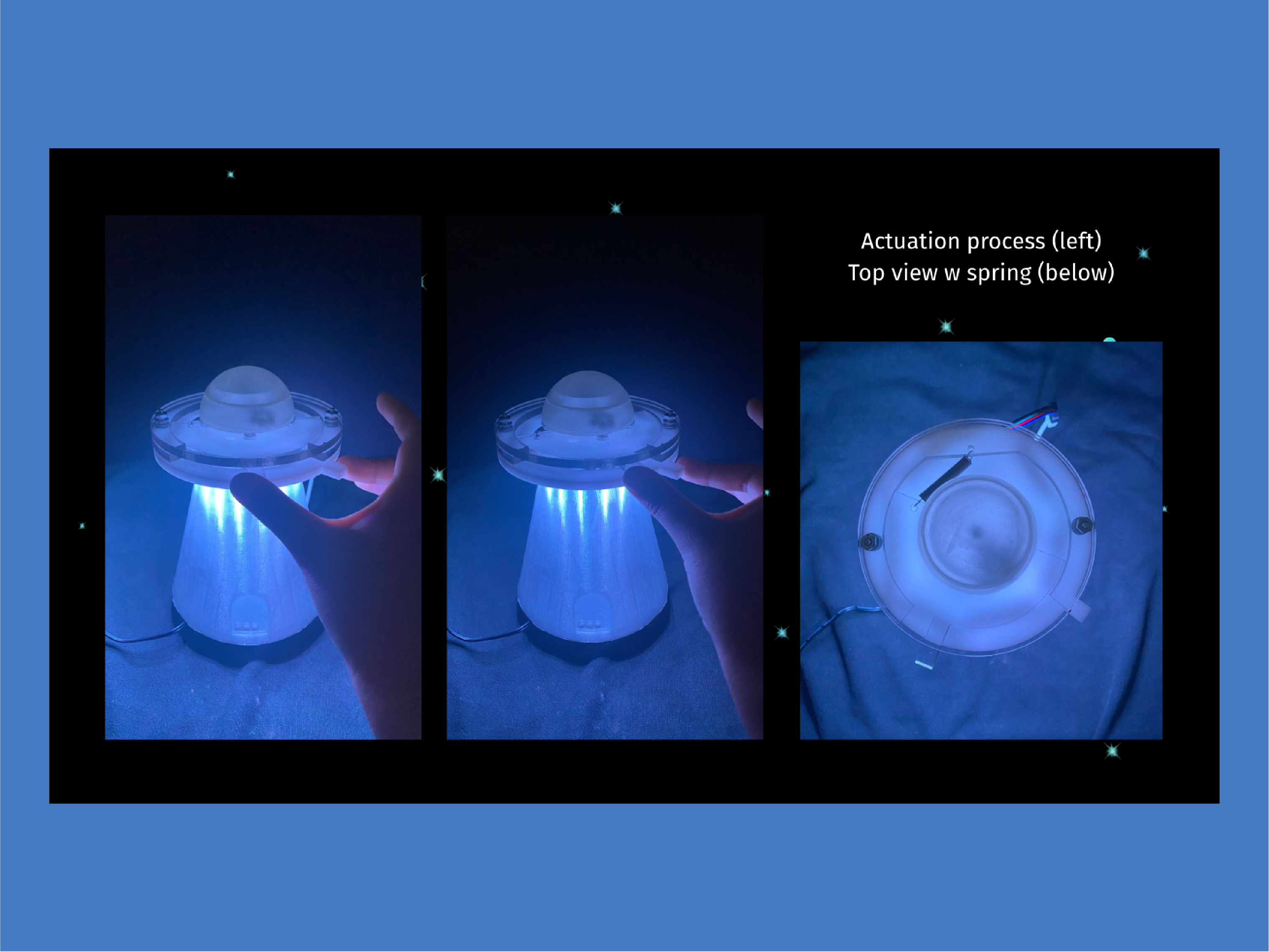 Finally, I switched the bottom disk from clear acrylic to white and added an LED strip. I initially tried soldering LED wires myself and hooking them up to an Arduino, but quickly discovered that the circuit necessary for custom-programmed lights would be too large for the dispenser.

Instead, I purchased a preconfigured strip online and adhered it to the underside of the dispenser, giving it an otherworldly glow that pulled the aesthetic together and brought the design to life